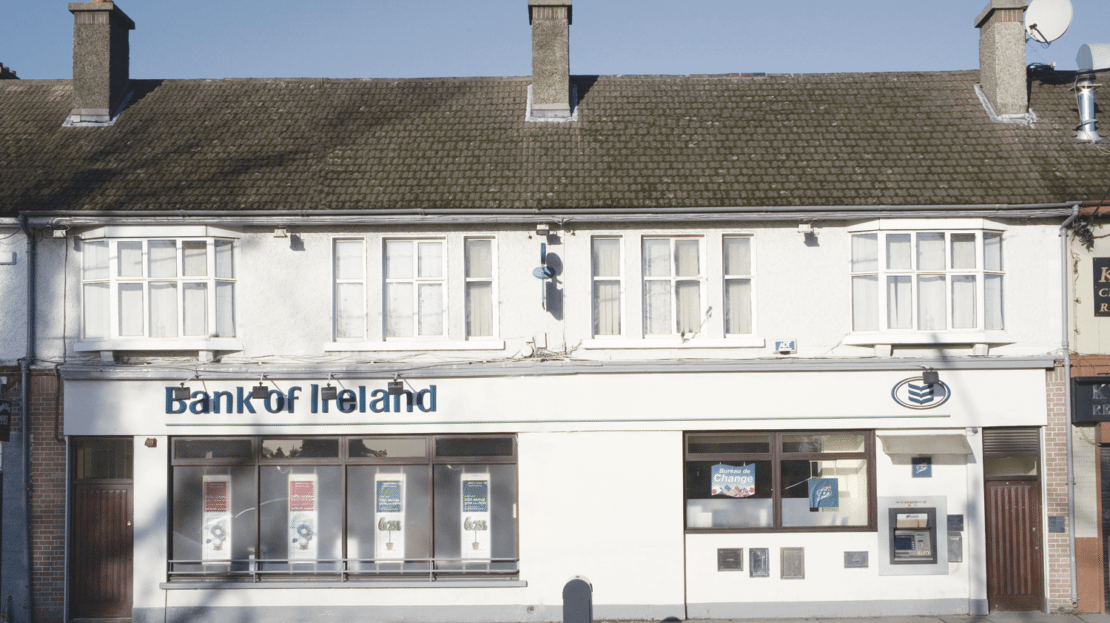 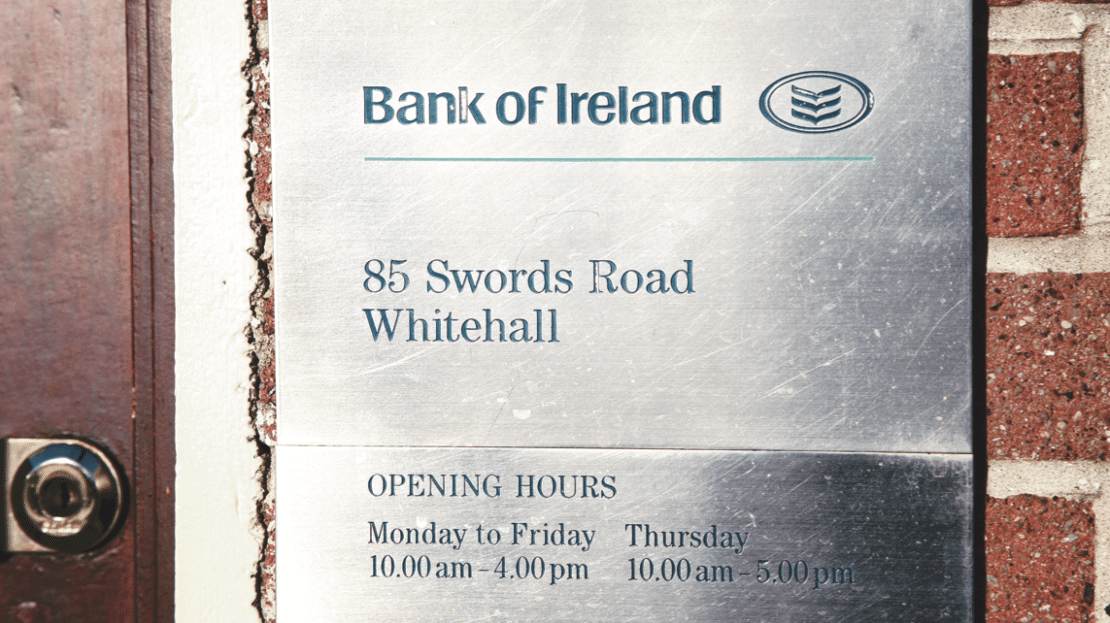 The bank is a two-storey double fronted terraced building of traditional construction under a pitched roof to the front and a flat roof to the rear. Internally, the property is on the ground floor with offices and canteen on first floor. The property is made up of two adjoining buildings interconnected at both levels to form one.

There is also a yard to the rear, which can park approximately five cars in addition to two lockup storage sheds. This is accessed from the rear of the building on a shared access.

Whitehall is a well located suburb of Dublin, situated approximately 5 km north of Dublin City Centre along the Swords Road near the junction with Collins Avenue, south of the entrance to the M1 motorway. Whitehall has a population of 12,772 (Census 2006).

The bank enjoys good road frontage onto Swords Road and has a large residential catchment area. The area is generally residential in character with limited commercial services provided in neighbourhood areas. The bank is located among a parade of retail outlets on the Swords Road. Adjoining occupiers include The Viscount Bar, Magic Wok, Boyle Sports and Conway’s Pharmacy.

The property is being let to the Governor & Company of the Bank of Ireland under a new 25 year FRI lease from completion. The lease allows a tenant option to break at the end of the fifteenth year by providing 6 months written notice. 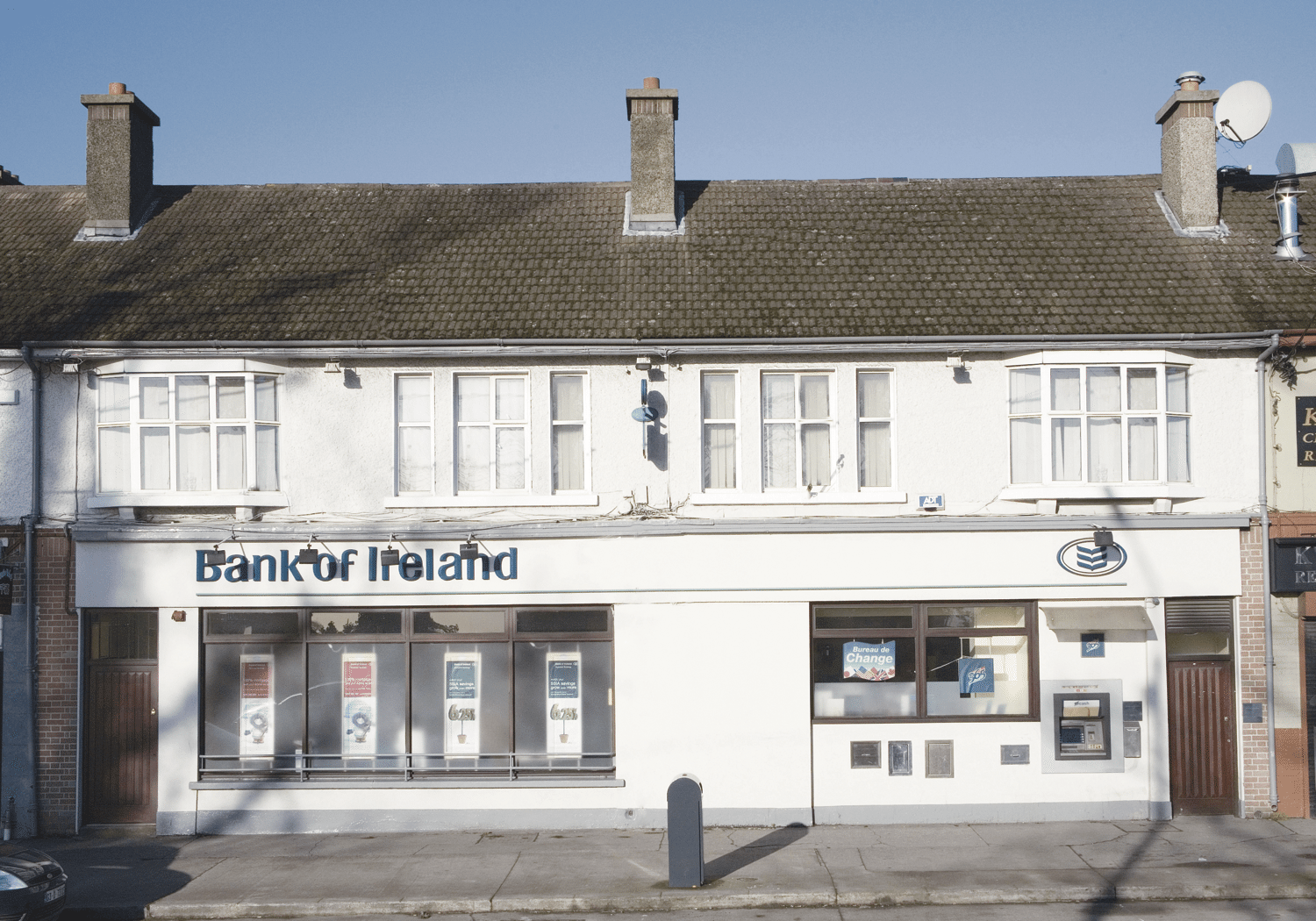